The Torment of Tinnitus

This article first appeared in the November 2019 edition of Goodtimes.ca

The Torment of Tinnitus

Constant ringing in the ears can be much more than a simple irritant, but there are solutions 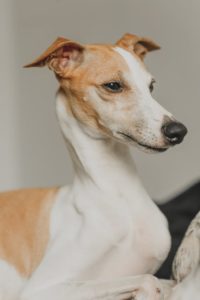 A retiree for the past two years, Susan St.Jean of Cornwall, ON, was still working when her problems began. “I kept telling my co-worker, ‘I can’t get this ringing out of my head, and it’s driving me nuts,’” she recalls.

For Ryan Hunt of Long Sault, ON, the phantom clanging became so intrusive that the Afghanistan veteran and paramedic-in-training found writing exams in a silent room agonizing and previously enjoyable activities too much of a strain to make the effort.

“Two weeks in, it was bringing me to my knees,” he says, and the anxiety and depression he’d experienced due to post-traumatic stress disorder began flooding back. Taking steps to manage stress—such as taking regular walks and abstaining from alcohol—didn’t dial down the noise but did help lift his mood. But then he developed a hypersensitivity to even quiet sounds, such as the breeze whooshing in through an open car window. Sometimes being in the same room with his children, ages one and three, was so excruciating that “it felt like my brain was vibrating,” he says. The gloom descended again, accompanied by thoughts of suicide. “I went into a dark hole.”

Both St.Jean and Hunt have tinnitus, which is “the perception of a noise in your head with no external source,” explains Lisa Bell, an audiologist with the Cochlear Implant Program at St. Paul’s Hospital in Vancouver. Each also received a similar (albeit incorrect) sentence from the diagnosing health-care provider. “They said, ‘You’re just going to have to learn to live with it,’” St.Jean says.

Though tinnitus is named for the Latin word tinnire, meaning “to tinkle or ring like a bell,” it can come in various guises. Bell points out that people describe the offending sound alternately as buzzing, roaring, hissing, chirping, humming, musical, or pulsating with their heartbeat. And it’s not necessarily sensed in one or both ears; for some, it seems to emanate from the middle of the head.

Technically a symptom rather than an illness, tinnitus affects a sizable number of Canadians. According to a March 2019 Statistics Canada paper based on a sample of 6,571 adults aged 19 to 79 who responded to the 2012–2013 Canadian Health Measures Survey (CHMS), “thirty-seven per cent of Canadians, or 9.2 million people, had experienced tinnitus in the past year,” says Rex Banks, a doctor of audiology, the director of Hearing Healthcare and Quality at the Canadian Hearing Society, and one of the study’s co-authors. While the CHMS didn’t collect information on whether the problem lingered, a similar US study involving more than 76,000 people found that for one in three affected patients, the noise was chronic and persistent, and one in four had been living with tinnitus for more than 15 years.

And while only seven per cent of those afflicted characterized their symptoms as sufficiently bothersome to affect sleep, concentration, or mood, any degree of tinnitus ate away at quality of life nonetheless: for example, compared with the general population, mood disorders were twice as prevalent among those with the condition.

By contrast with earlier generations, when rates of tinnitus were highest after age 55, in the landmark Canadian study, the condition was found to be most common in younger people; however, older people and women in general were the most likely to be bothered by it. An estimated 50 per cent of people with tinnitus (versus only five per cent of the population at large) also experience hyperacusis, the distressing sensitivity to sound that Hunt experienced.

What Causes the Condition?

Rarely, the culprit is something serious, such as a tumour or a potentially dangerous blood vessel abnormality. Pulsating in sync with your heartbeat is one possible red flag. Others include tinnitus that is severe or incapacitating, limited to one ear, or accompanied by additional symptoms such as a sudden change in hearing, ear pain, and dizziness. And as anyone who’s attended a rock concert knows, exposure to loud noise can leave your ears buzzing or ringing. So can listening to personal devices via earbuds or headphones at a loud volume or even at a more moderate volume over extended periods. Younger people are more apt to engage in these behaviours, which may explain the rise in tinnitus rates in those under age 55.

In some instances, the cause is an ear infection, a punctured eardrum, or a buildup of earwax. Even certain drugs can trigger tinnitus. “More than 200 medications list tinnitus as a side effect,” Banks says, including some antibiotics, non-steroidal anti-inflammatory pain relievers, and chemotherapy drugs. However, “in the vast majority of cases, tinnitus means that there is damage somewhere in the auditory system,” says Rodney Taylor, an Ottawa-area doctor of audiology with specialty training in tinnitus and hyperacusis.

Such harm can occur anywhere along the path from the ears to the areas of the brain responsible for interpreting sound (for example, harm from head trauma or concussion), but typically it’s due to hearing loss—often resulting from noise- or age-related destruction of fragile hair cells in the inner ear that help transform sound waves into electrical signals.

What most of these scenarios have in common is a loss of or reduction in the signals being sent to the brain, “so that the brain is craving sound from the auditory system that it isn’t getting,” Taylor explains. One hypothesis is that, in response, the brain (specifically an area called the dorsal cochlear nucleus) starts generating more electrical signals, essentially cranking up the volume knob just as you might while searching for a radio station’s signal, and this increased activity is perceived as sound. “We know that the tinnitus is emanating from the brain, but you’re hearing it in your ears,” Banks says.

What Can You Do About It?

So how do you deal with the noise? If you develop tinnitus, “firstly, you should talk with your family physician,” Bell advises. In some cases, “you may need a referral to an ear, nose, and throat specialist to rule out any medical causes. Next, you should see an audiologist to have your hearing assessed and discuss tinnitus management options.”

It’s also possible to self-refer to an audiologist, who can check for conditions such as impacted earwax in addition to testing your hearing, and then see your family physician if the assessment turns up something concerning.

Taylor says that, for some people who come to see him, just receiving reassurance that their tinnitus isn’t signalling a dire condition such as a brain tumour and learning the basics about why it’s occurring are enough to allow them to stop focusing on the noise, so they can tune it out as you might the sound of a whirring fan. “When your brain doesn’t pay attention to a noise, it doesn’t perceive it,” Taylor explains.

Another subset of people—about 10 per cent, Taylor estimates—see a significant improvement when they use hearing aids to restore some of the stimulation the auditory system has been missing. An additional 10 per cent respond to a technique called masking—providing a sound (via either a sound generator or hearing aids) that partially or completely drowns out the tinnitus, Taylor adds. Bell likens tinnitus to a single candle burning in a dark room and sound therapy to light flooding the room. “When there are other sounds, the tinnitus becomes less noticeable,” she says.

Another technique called directive counselling, which is successful approximately 80 per cent of the time, combines providing information about tinnitus with sound therapy. Known as tinnitus retraining therapy, or TRT, it helps break a self-perpetuating loop.

“When you hear the tinnitus, your limbic system attaches some sort of emotion to it,” Banks explains, “and your autonomic nervous system makes you think that this is something you need to flee from or be fearful of,” leaving you on edge and constantly aware of the noise.

“To break this cycle, we give the client information about tinnitus to demystify it and take some of the psychological attention off of it,” he says. Sound therapy is added to “give the brain something to listen to that your ears might prefer to the tinnitus,” Banks continues. “We use a sound to blend in with the tinnitus until you habituate to it or get to the point that it doesn’t bother you.” Banks uses the analogy of the hum from your refrigerator to describe in more detail how this method retrains the brain. “You’re largely not aware of it, but if you listen for it, you hear it,” he says. “That’s what tinnitus retraining therapy does.” However, TRT is a process that takes time to work.

Relaxation exercises, cognitive behavioural therapy (CBT), and mindfulness meditation may also help. “It’s common for people to notice their tinnitus is more bothersome when they are stressed or anxious,” Bell notes. Techniques such as simple deep-breathing exercises “can help to alleviate stress and relax our minds and bodies, which leads to less awareness of the tinnitus,” she adds. Additionally, doing enjoyable activities, hobbies, yoga, and exercise “are all great ways to start relaxing.”

Similarly, CBT and mindfulness can sometimes break the feedback loop between feelings of distress and tinnitus. “CBT is done with a clinical counsellor or psychologist to help change unhelpful, negative reactions to tinnitus,” Bell explains, and with practice, “mindfulness teaches you to respond to the tinnitus in a more neutral and helpful way.”

When Susan St.Jean consulted Rodney Taylor about her tinnitus, he recommended that she wear hearing aids. Skeptical at first, she soon found relief.

“They’ve done wonders,” she says. “They haven’t cured it 100 per cent, but it’s much, much better. I don’t have the ringing in my ears anymore. I just have a very little hum from the hearing aids.”

Cost was a factor in St. Jean’s initial reluctance: while private insurance and a provincial assistive-devices program covered a portion, the out-of-pocket balance wasn’t insignificant. However, she was able to claim that portion on her income tax as a medical expense.

Ryan Hunt’s tinnitus (likely caused in part by concussions he sustained from being close to explosions during his stint in the army) is more complicated. However, after just three weeks, special hearing aids that generate sound had already begun to help both his tinnitus and his hypersensitivity to sound enormously.

“If I turn them off, they work as ear protection; if they’re on, anything that would really hurt my ears stays out and all the good stuff comes in,” Hunt says. While wearing the devices, he no longer hears high-pitched ringing, but rather a sound resembling running fans. And while the ringing returns when he removes the aids, “my brain is not tuning in to it,” he says. While suicidal thoughts still surface, thanks to these improvements and therapy, “I accept that these feelings are in my head sometimes, and I know it’s going to pass—and it does,” Hunt says.

The most important takeaway? “If someone has tinnitus, they should not accept the answer that there’s nothing they can do about it,” Banks says.

This site uses Akismet to reduce spam. Learn how your comment data is processed.